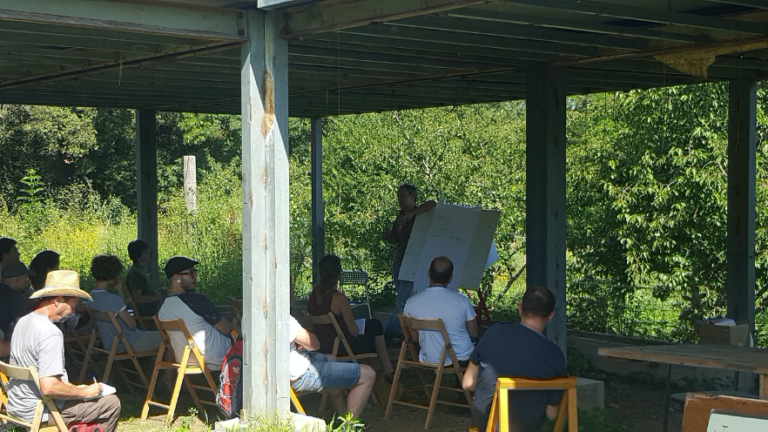 On June 27th, a group of people interested in regenerativa agricultura, including students, farmers and those interested in permaculture, attended a course on the regenerative modelat Planeses farm. The course was promoted by L’Era association.

During the first part of the course, the scientific coordinator of the Life Polyfarming project, Marc Gràcia, presented the bases of the regenerative system, highlighting the five basic principles on which it is based. Later he presented the general aspects of garden cultivation and animal husbandry on pasture.

The rest of the day Marc explained the Polyfarming system through its different components. The management of cows was first presented according to intensive controlled grazing, later the raising of chickens and rabbits in pasture, and finally the bases of the cultivation of an orchard without tillage were explained.

In all cases, the advantages and disadvantages of the different elements were seen on the ground, and attendees were able to raise any doubts that arose regarding the application of these techniques to different conditions than those found on the Planeses farm. There was a great lack of knowledge of these techniques among the attendees and it was very interesting for them to assess their possible application in other farms.